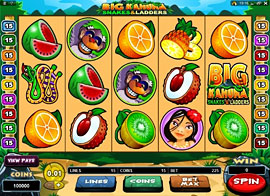 Slot machines are worldwide popular gambling machines with three or more slots reels which spin after the pushing of the button. There are few kinds of regional slot variations. Among them it is necessary to mention the following:

The Department of Internal Affairs controls the gambling on the territory of New Zealand. It is adopted that every public gambling should return a part of benefits to the community. The state-owned institutions operate the biggest part of the gambling industry.

Gambling is a kind of problem in New Zealand and there is a non-profit national organization which has the name Problem gambling foundation of New Zealand. The foundation is financed by the Ministry of health from the gambling levy.

Since July 2009 all the slot machines have to possess the Player Information Displays showing how long the gamblers were playing and how much they have already lost. These displays also were showing the recommendations about the necessity of a rest break.

The Ministry of Health of New Zealand enacted that the pokies are the most harmful variation of gambling machines. More than 78% of players with problems have been using them as their first mode of playing. According to the researches, 64% of people consider the pokie machines to be socially undesirable and stoke out for the reducing of the pokie machines number in New Zealand.